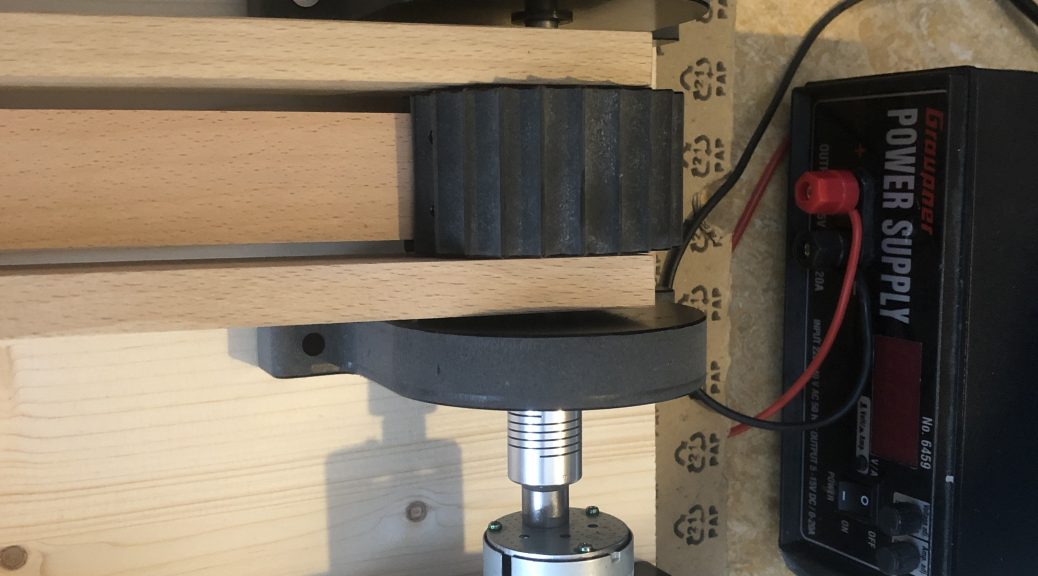 This project dates back to 1998, right after I had relocated to Berlin, when Jens Brand approached me about building an interface to control a series of geared motors. These motors were then connected to the axes of a number of ratchets, the general concept being to create very loud, computer-controlled sound, but without employing a speaker system.

Ratchets are used in Germany during the carnival season and even a single one can be brutally loud, even outdoors from a distance. So imagine 8 of these in a small room! If I remember correctly he once did a duo concert with a guitar player using a big Marshall stack, and that the latter was not audible anymore when the ratchets where running at full speed.

Back in 1998 there wasn’t a strong maker scene and no distributors like Adafruit or Sparkfun to provide all the control and driver modules that we can choose from now . So the interface was build from scratch, using a Microchip PIC16F84 and discrete MOSFET drivers. The controller didn’t even have sufficient PWM outputs, so it was programmed in Assembler with what I called “synchronous code”. What this meant was that I took note of the execution times of each block of code and added extra NOPs to match them to the PWM frequency. All while polling the serial input for MIDI messages.

Sadly there’s no picture of this initial build and in fact the reason why Jens approached me about making a new version was that the original device had been stolen :(

My go-to microcontroller in 2020 is the Teensy which is build around an ARM processor and programmed thru the Arduino IDE. I like its combination of small form factor, sufficient pin count, and processing power. There’s even a cool Audio Library.

To drive the motors I used some Pololu driver modules, and then all I had to do was to mount all these modules on perfboard and connect them with wires. Not a single discrete component.

The ratchets themselves were also worn down from decades of use, so they needed to be rebuild as well, which was done by our joint friend Paper Blattmacher.

Sadly, the premiere at Phill Niblock’s Experimental Intermedia had to be cancelled (*) due to COVID-19, but I hope we’ll soon have a chance to hear this instrument again.

* actually it was streamed, but that doesn’t convey the physical experience at all